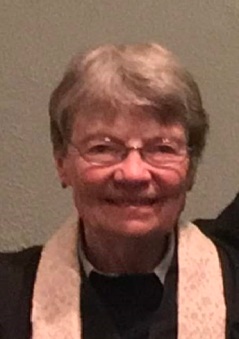 Barbara Craig, a sister of Mercy, began her study of zen in the early 90’s under the direction of Roshi Janet Jinne Richardson, csjp. Janet, along with Sensei Rosalie Jishin McQuaide, csjp., founded the Zen Community of Baltimore/Clare Sangha, and it was with this group that Barbara worked very closely. In 1997, as an apprenticing teacher, Barbara and Stephanie Olek, a Sister of Mercy, started a zen group in Wilkes-Barre, PA. Soon after, the group became known as the Flowing River Sangha. In June of 2002, Barbara was installed as a zen teacher (Sensei) with the Dharma name of Shoshin. She is Dharma Successor of Roshi Janet Jinne Richardson in the lineage of the White Plum Asanga.

Barbara’s life as a Sister of Mercy for over fifty years has included teaching Spanish, prison ministry, ministry among migrant farm workers, and involvement in various social outreach programs. Presently, along with the zen work, she continues as a peace and justice advocate in the local area and with the sisters of Mercy.